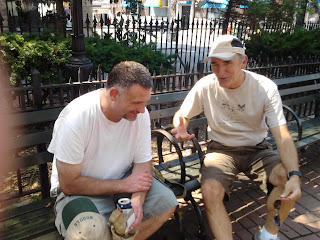 There are people you come across in your life for one reason or another. I have to believe that meeting Daniel on July 21st was more than a coincidence. I also believe there will be another chapter to this story in the future. We thank Daniel for entrusting us with his stories.
Posted by The Wagners at 11:37 AM